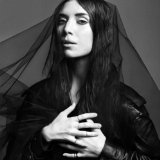 In 2008, Swedish born Lykki Li put out one of my favourite albums of the year with Youth Novels. The synth pop tracks fit in perfectly with Robyn and Sally Shapiro. Wounded Rhymes followed in 2011 and was rougher around the edges, a bit more angry and seemed to signal a new direction. I Never Learn is Li’s third and takes another turn in her career. The bright eyed pop songs are gone as are much of the harder edges of more recent times. With the help of Bjorn Yttling of Peter Bjorn and John, this collection of songs is far more grandiose than what’s come before.

The title track, and first song, sets the bar high. It’s one of the more stripped down tracks with mostly just an acoustic guitar but still sounds heavenly with the addition of strings and “ahhhhs” that appear midway through. “Love Me Like I’m Not Made of Stone” is raw with Li’s most pained vocal, her voice straining in the chorus as she sings the title. You can literally hear her heartbreaking as she sings.

“Gunshot” gets a smack in the arm with the chorus but sounds like it could be sung by any new pop starlet that the music industry endlessly pumps out. The titles of “Never Gonna Love Again” and “Heart of Steel” say all you need to know and would fit in with any Diane Warren track written in the last 25 years. While impeccably produced and better in small doses, I Never Learn can be a hard slog when swallowed whole.