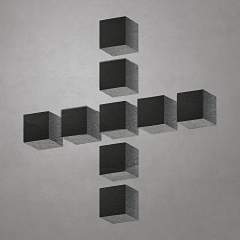 5.  Minor Victories – Minor Victories:   With members of Slowdive, Mogwai, and Editors – this super group’s debut album got OK reviews but it was an album that we loved front to back.   “Folk Arp” is the standout with cinematic “The Thief” and Mark Kozelek feature on “For You Always” being among the other highlights.  An instrumental version of the album is being released this January.

4.  Solange – A Seat At The Table:  When it comes to R and B, we’ve always been far more into the dancefloor ready rave-ups vs the quiet storm jams.  Maybe its because we’re getting older and life is slower or its because Solange’s second album is just that good that on this one, we love all of it.  “Cranes in the Sky” is a lovely track and the insistent stuttering beats of “Don’t You Wait” are solid.    We haven’t heard the Beyonce album yet in full (for shame) but at least one Knowles sister caught our ear in 2016 and wouldn’t let go.

3.  Michael Kiwanuka – Love & Hate:  The sophomore album from the London singer is a showstopper. After battling creative issues for the past few years, Kiwanuka blasts out of the doldrums with two instant classics in Cold Little Heart and A Black Man In A White World.  Elsewhere – the title track and One More Night both shine. We are behind the times as Kiwanuka’s first album passed us by but we’re glad we caught up to him on this gritty soul classic. 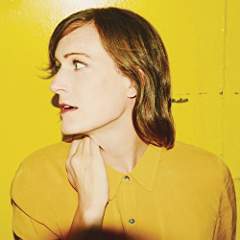 2.  Laura Gibson – Empire Builder:  Reading review for Gibson’s fourth album was the first time we had actually heard of her or remember hearing of her.  Glad we did – “Damn Sure” rated high on our tracks of the year while the title track is simply beautiful.  A sharp, smart lyricist – Gibson is able to catch a range of human emotions.  After reading about her journeys and education pursuits we think we like her even more.

1.  Angel Olsen – My Woman:  Our favourite album of 2016 starts off with the synth drone of “Intern”, contains the giddy rock of “Shut Up Kiss Me” and features an epic centrepiece in “Sister”.  There’s a few artist that just seem like “ours” and Olsen is one of them.  While her albums aren’t quite as great as the first few Liz Phair ones from the 90s, that is who she reminds us of.  A talented songwriter that keeps getting better, we can’t wait to see where Angel Olsen goes next.