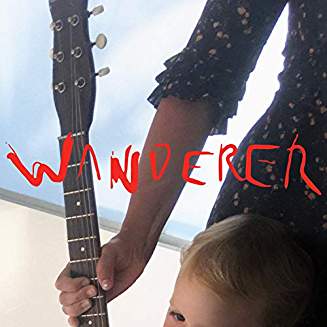 The latest album for Chan Marshall, aka Cat Power, is not without controversy.  The Wanderer is her first album since 1996 not released on Matador Records who rejected the new album when presented.  This lead to a delay of over a year but resulted in a positive when first single “Woman” with Lana Del Rey was added. The defiant track features Cat Power and Del Rey duetting on verses and blending their voices during the chorus.

This is a spare, blues and folk record.  Often times Cat Power is just accompanied by a guitar, piano and other light instrumentation.  The title track is almost hymn like, solemn and reflective.  “Horizon” is a letter to the family and features an uplifting guitar line that feels like it’s building but never quite gets there. Second single “Stay” is a cover of a Rhianna track that Marshall heard while travelling in a cab.  Self-produced, The Wanderer is the record that Marshall wanted to make.  Quiet and personal, it is one that as it unfolds over the nearly 40 minutes is unfortunately hard to not have the mind start to wander as well.