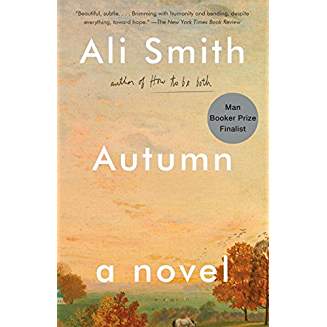 Ali Smith’s 2016 novel, Autumn, was shortlisted for the Man Booker prize and also landed her in the New York Times’ 10 Best Books of 2017. The novel moves between scenes of central character Elisabeth visiting her 101-year-old former next-door neighbor as he lies in a care home, reminiscing of their visits when she was a child and her art thesis on Pauline Boty. Set to be the first in a four-volume series, Autumn is never gripping but is always interesting as the story takes place around the time of the Brexit vote. It has a surreal and has a dreamlike quality as it moves through time and back again.  The follow-up Winter was published in late 2017.

I’ve been a subscriber to the James Clear newsletter for about a year now. Every week he sends out advice on how to improve daily habits.  This fall, Clear released his first book Atomic Habits that expands on those newsletters and offers much additional information. This is not earth-shattering advice that comes out of nowhere but instead offers tactics on how to get a little bit better every day and keep improving over time.  Instead of saying, “I want to lose 20lbs” and not following through, work on following the process of making it to the gym three times this week.  Fall in love with the process instead of the results and you’ll get there in the end.  Lots to unpack and learn from in this book. 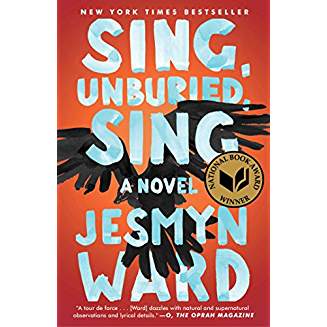 In 2017, Jesmyn Ward won the National Book Award for the second time with her novel Sing, Unburied Sing.  The book chronicles a family living in rural Mississippi.  Meth addict Leonie and former prisoner Michael have two kids, JoJo and Kayla. The pull between the interracial parents is stronger than the love of the two kids who identify more with their aging grandparents.  Chapters are dedicated to different character’s points of views and often features beautiful writing.  “…like paint dissolving in water, its scales turned black… until it was the color of the space between the stars”.  While the story is a sad one, there is much to like here.